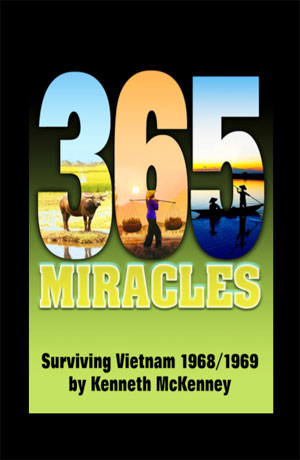 This is the story of my time in the US Army.  My plan when I finished school was to become an architect. Steel structures were not what I had in mind, but the only path open.  While I was trying to come up with Plan “B”, the US Army decided for me.  In more recent years, many of my friends recommended that I write a book about my time in the service before I forget my experiences in Vietnam.  I procrastinated on it for two years and was finally convinced that there was a group of veterans who would like to read my story.  If you like reading stories about miracles, then you might enjoy this one also.

My time of service during the Vietnam War left lifelong impressions on me.  I was stationed in Vietnam from July, 1968 to July, 1969.  There were countless days of extreme devastation, loss of life, and massive destruction.  During that deployment I was awarded two purple hearts.  The first one was September 20, 1968 with the 5thMechanized Infantry Division in Con Thien.  The second was March 23, 1969 with the 184th Ordnance Battalion in Qui Nhon.

I was honored to serve my country.  I humbly dedicate this to the many brave men who were not able to return home. There are 58,220 names on the Vietnam Wall (8 of them are women).