Annabelle Through the Door by David J. Tower 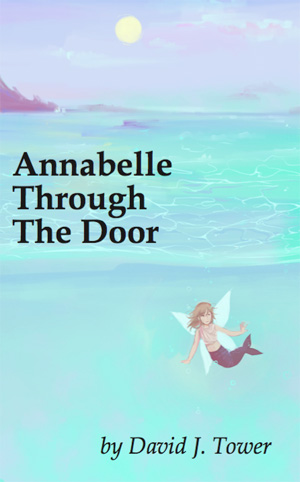 During the fall of 2018, the author offered to write a story for his granddaughter, Lilly, if she would tell him the name of a main character, three friends, and just what kind of creatures these characters might be. Lilly replied with "mermaid fairies," and this book is what resulted. On her 6th birthday, Annabelle, receives a written message that had been left for her when her parents were captured by an enemy force and taken away. Since then Annabelle has been cared for by the dolphin, Galatea.The message does not require her to do so, but Annabelle determines she must rescue her parents. What follows is a fast-paced adventure which leads Annabelle and her friends, along with Galatea, eventually to a final confrontation with her parents' captors. The story highlights the value of determination, wits, and friendships.

David J. Tower dedicated his professional life to education, teaching students from elementary through early college age at Grand Rapids Community College in Michigan, where he was an English professor before retiring. Picking and choosing from a number of classic and middle reader texts, he found himself constructing a tale which, in a sense, wrote itself. Mr. Tower hopes this story ends up in the hands of a great many young readers, especially girls, who should find it both entertaining and motivational.