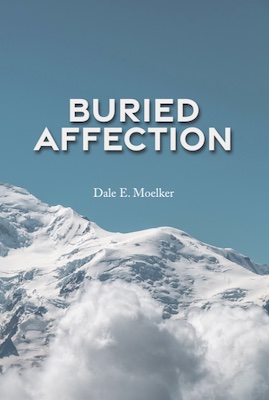 Is chivalry dead? Not on Culper Ridge. When college sophomore Terri Pimms is injured and buried in a freak avalanche while cross-country skiing on the remote ridge, she miraculously manages to dig herself out but faces near-certain death when hypothermia sets in.  When fellow student Jeff Waters and his trusty St. Bernard Junior find her, what ensues is not just a rescue but also sows the seeds of a budding friendship. The two bond in the most unlikely of circumstances during a 2-day plight that is replete with the entertaining give and take of numerous cultural and musical references, many of which pre-date them both.  Terri ultimately finds Jeff to be a disarmingly humorous and genuinely trustworthy ally. Through it all they uncover an unforeseen but engaging compatibility with intriguing romantic undertones.

Dale Moelker has lived a diverse life including varied factory work, opening a bike store, patenting an invention, starting a photo studio, starting a marketing company, a successful decades-long career in automotive engineering, and more. Through it all he has never abandoned his dream of someday writing more seriously. He is now publishing his first novel, “Buried Affection”, as well as “The Moelker Family Chronicles”, a collection of true-life experiences.