The Demon of Sweet Briar by Brandon Kroupa 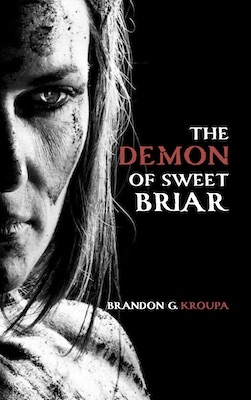 Dr. Friedrich "Fritz" Vanek,  M.E. at Sweet Briar General, has determined the cause of death in all of his cases throughout his career.  He has seen just about everything.

After getting a call from his best friend and chief of police, Robert Krueger, about the sudden death of his newborn daughter, Fritz is asked to assist in her autopsy.  Even with all his skills, Fritz is baffled by what could have caused the infant's death.

And that's just the start.

Other strange events begin to occur shortly after the child's death.  People disappearing, graves being desecrated, and other deaths with unexplained causes.  As Fritz
investigates, he traces the unexplained occurrences to a town legend.

Though he puts no stock into such things, the evidence does point to an actual person.  One who has a secret that could be deadly to those who learn it.

If Fritz isn't careful, he could end up being the next victim of…

The Demon Of Sweet Briar