The Green Room by Walter Lockwood 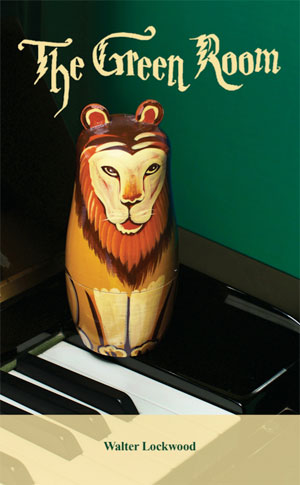 The Green Room, a novel for both young people and adults by Walter Lockwood, tells the story of Frieda Pitts-Morgan, a lonely, neglected eleven-year-old girl whose itinerant parents leave her for a school semester with a grandmother she has never met, an usual woman named Demetria Morgan who is the former matriarch of a renowned circus family of equestrian acrobats.  The grandmother’s residence is a chaotic, decaying place full of strange and beguiling surprises, including a talking crow, a wise and mysterious Collie, and a circus horse named Bucephalus.  In one room called the Green Room, which her grandmother forbids her to enter, Frieda—a girl of immense imagination—discovers a passage into another world.  In the process she unravels the mystery of a family tragedy, of her own incomplete identity and unhappy parentage.  Her journey moves her from loneliness to community, from darkness to light, from lies to truth, from death to rebirth.

Just in time to consider as a Holiday gift for your reading friends - "The Green Room" by Walter Lockwood is the perfect novel for both youngsters and adults seeking passage to a fascinating imaginary world fraught with everything from creepy passageways to a talking crow.  It's an unexpected literary detour for Lockwood, the long-time and beloved instructor who spent his career at Grand Rapids Community College, simultaneously cultivating a love of writing that has manifested itself in screenplays, poetry, news features and more. He's arguably best known for writing.

For Lockwood, "The Green Room" is personal, a haunting tale that draws on a family conundrum and has been some 10 years in the making. It follows the journey of Frieda Pitts-Morgan, whose life is not unlike that of "Matilda," the key figure in a 1996 movie whose nemeses include not only her parents, but an evil school principal named Agatha Trunchbull.

Lockwood has never heard of the film, and yet his storyline is hauntingly similar, and we find ourselves rooting for young Frieda, age 11, as she confronts a family tragedy and seeks grace and light against a backdrop of characters who try to thwart her every move.

Especially endearing is that "The Green Room" was actually unveiled one evening at time, as Lockwood would put daughters Susan and Katie to bed when they were pre-teens, rolling out story after story that eventually morphed into the finished novel. "I would write a chapter and read it to them and they would edit and make suggestions that were often brilliant, " he says, noting that they also drew the whimsical pictures accompanying the text. "I saved them all," says Lockwood. Susan also provided the book's cover photo.