I Remember When by Kenneth Vander Molen 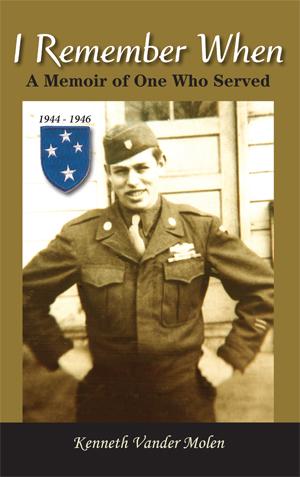 Instead of finishing high school, a 17 year old Ken Vander Molen chose to join the Army and fight alongside the men of the Americal Division. While other soldiers fought on Guadalcanal, Bougainville, and Leyte, Ken fought across the Island of Cebu, and witnessed the surrender of thousands of Japanese troops. Writing with an entertaining factual recollection of his experiences, Ken Vander Molen proves to be a strong participant in the Greatest Generation and one of America's true heroes. Ken Vander Molen returned to Grand Rapids, MI after the war to marry his sweetheart and helped to raise six children.