I've Always Stood Alone but I am Still Standing by Linda J. Petersen 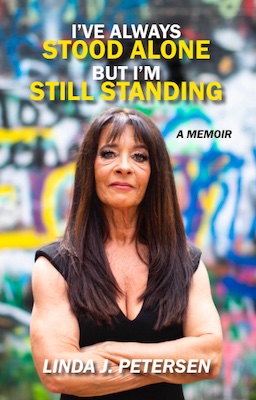 Linda’s life has never been traditional. She was born to teenage parents who tried their best to care for her, but when three younger siblings came along, it was too much. The tipping point occurred when Linda was just eight years old. Her mother left. Her father turned to alcohol. Her siblings needed a caregiver. After having her childhood ripped away by responsibilities well beyond her years, Linda wanted an escape. To her, escape took the form of a relationship with an older man. After marriage and motherhood consumed her teen years, Linda’s life took many abusive, pain-filled twists and turns. Unguided decisions led to a life of loneliness, drugs, promiscuity, and risks -- but these decisions also created resilience. Linda’s story is a tale of ups and downs, but ultimately it is a testament to the grit of the human spirit. Diving into Linda’s story reveals her relentless determination in darkness, a lesson anyone could benefit from.