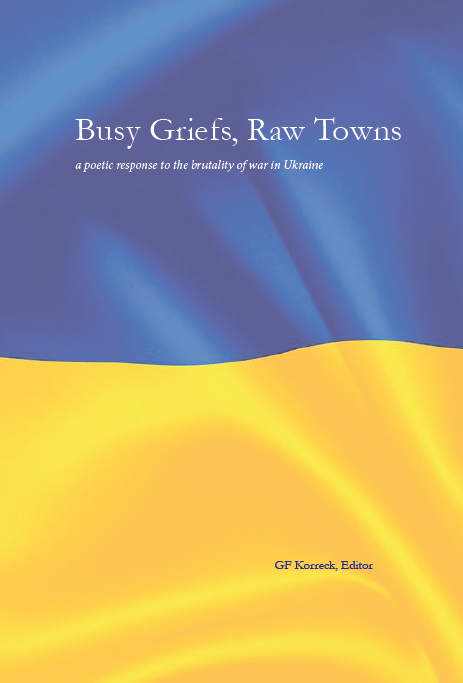 Join many of the Michigan poets published in this anthology, published by our own Chapbook Press and whose proceeds benefit Ukraine relief efforts, for a reading.

Now they go on explaining to those of us
too young or too indifferent, what a cold war is,
why a hot war won’t do
— Patricia Clark from "On the Night When Russian
Troops Attack a Power Plant"

As if the blood of every Ukrainian wasn’t enough.
— Linda Nemec Foster from "News Flash: Putin
Bathes in Deer Antler Blood"

You start to change the channel and the war stops
you with a kiss—
W. Todd Kanko from War Sonnet

All proceeds from the sale of Busy Griefs, Raw Towns are
forwarded to the International Rescue Committee (IRC) to
support continuing Ukraine relief efforts.