Pot Doc: A Physician's Search for the Holy Grail of Medical Marijuana by Michael Geci 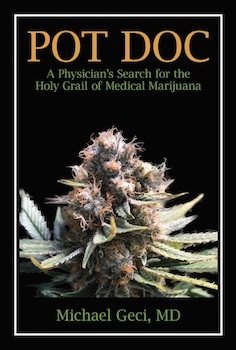 Pot Doc details Dr. Michael Geci's journey through the murky world of medical marijuana during the infancy of Montana's marijuana boom in 2009 and its improbable and bizarre implosion just a few years later. Join Dr. Geci as he develops a relationship with the most remarkable and misunderstood plant on the planet--witnessing many of its wonderful attributes and cringing at some of the darker energies associated with the plant.

Pot Doc questions the United States' absurd and antiquated policies toward marijuana and its cousin, hemp, and advocates for patients' rights to use natural medicine without the fear of legal reprisal.