PTSD and ME by Richard Czop 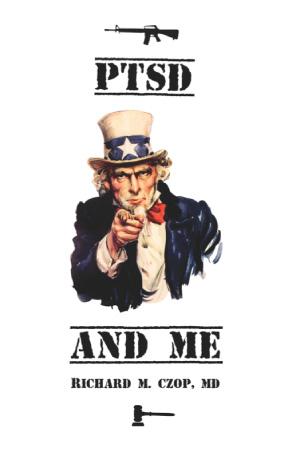 He was taller than me, dressed in black, scary, and I knew he was lying. A few days later, we killed him, but it was okay because it was Vietnam and  I was fighting for The United States of America. Thirty years later, he came back to my medical office and tried again to take me out, but this time he was fighting for The United States Department of Justice, I was the enemy, and I was lying. Not all the scars of war are visible and some never heal. Learning that lesson can be painful for all concerned. I hope this story helps us all better understand that combat experiences come home with the soldier and what that can mean.

Richard M. Czop, MD writes of the events that compelled him to leave Michigan State University in 1968 during the second term of his junior year in pre-med. After volunteering for the draft, to go to Vietnam, and to rejoin his infantry unit as a medic after sustaining a chest wound, he returned to school the day after his discharge from the army, finished undergraduate studies, and went to medical school. He graduated as a doctor of medicine, completed family practice residency, and has been continually certified by the American Board of Family Medicine from 1978 to the present. He steadfastly adhered to his denial of having post-traumatic stress disorder despite the role it may have played in two failed marriages. It took a federal case called The United States vs. Richard Czop to prove that he was not alone in his inability to deal with PTSD. Dr. Czop is sharing his story in the hope that society is ready to listen, and that past, present, and future combat veterans and their families may better understand that the battle does not end, it just changes.