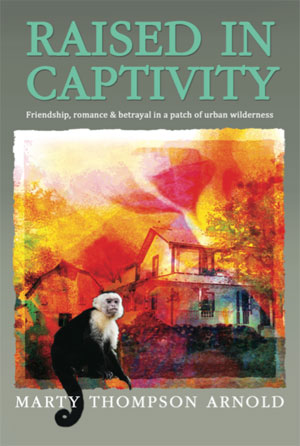 “. . . a beautifully written story of friendship and love couched in a mystery . . .”

On a June morning in Saskawan, Michigan, 84-year-old columnist Iris VanWingen discovers a runaway monkey in the barn of her tumble-down urban farm. She is not pleased. In fact, her searing diatribe aimed at “that pathetic menagerie next door” stirs up opposition to Ridge Park Zoo’s plans for expansion. It will be up to Caroline Finch, the zoo’s new and untested spokesperson, to control the damage and placate the opinionated (and frankly scary) Mrs. VanWingen. But before the summer ends, the two women uncover a sinister conspiracy that threatens them both. What Iris and Caroline learn from each other and from ten-year-old junior zookeeper Rafael Rojas, sets them on a dangerous quest to save the land, the wildlife and the people they love.

“. . . a gem of a book . . .The descriptions of both fauna and flora open a new understanding of what is happening in our natural world today. . . Throw in some intrigue, romance, and interesting characters and you’ve got a real page-turner that’s hard to put down. “

“. . . Marty Arnold escorts her readers over familiar geological and historical terrain, from the orchards of “Fruit Ridge” north of Grand Rapids to the gypsum mines below the city . . . and over several generations of one farm family’s history . . . . Arnold offers up a healthy serving of contemporary animal rights and land use issues, and she does it all with a smooth straightforward style.”

". . . a beautifully written story of friendship and love couched in a mystery. . . Arnold navigates the conflicts between her characters and the issues they deal with expertly . . . an inspiring story.”

Marty Thompson Arnold grew up in Kalamazoo, Michigan and earned degrees from Michigan State and Northwestern University before raising a family in Grand Rapids. She has been a teacher, journalist, communications director and magazine editor. She lives with her husband Paul and her cat Tiger Lily in a small patch of wilderness hidden deep within the city of Grand Rapids.