The Recipient by Barry Ahlsten 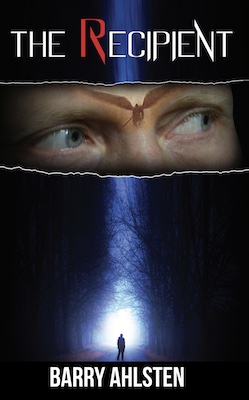 An ordinary man finds himself on the thrill ride of his life as he is caught between the mob, the authorities, and powers he can't even begin to understand.

Bear McQuade can no longer ignore the visions warning him about his new client - he puts on a good front, but something is very wrong. It's almost like an outside force is controlling him. Whatever it is, it wants Bear dead.