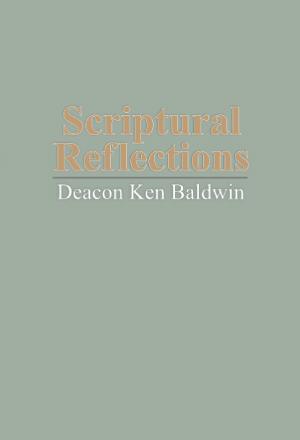 Ken M. Baldwin began service in the Catholic Church as a youth minister in 1985.  In 2002 he was ordained to the permanent diaconate and his ministry enveloped all ages of parishioners.  Over the course of almost 30 years, his love of scripture guided and sustained his faith journey.  On February 14, 2014, the day of his and his wife Prisilla’s 33rd wedding anniversary, Ken received the diagnosis of Amyotrophic Lateral Sclerosis, a usually fatal motor neuron disease which weakens the voluntary muscles. As he and Prisilla grieved the unexpected news, Ken determined to dictate for his children and grandchildren reflections on scripture he had expounded on for homilies, teachings and talks over the course of his career.  Deacon Ken passed to his eternal rest on January 29, 2015.