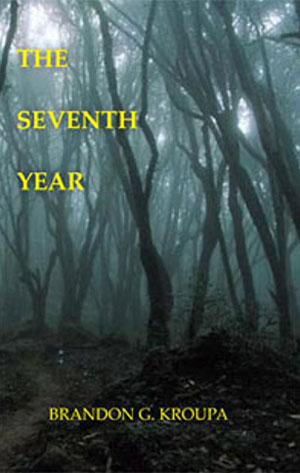 Sometimes terror is a family tradition. No one knows this better than Forrest Saunders. He alone is aware of a dark secret about his family's past, a secret that's about to be revealed. A visit to his cabin from his grandson Aaron turns out to be anything but casual after a song heard on the radio sets Forrest off. Forrest begins telling Aaron about a creature that dwells in the Northern Michigan woods known as the Dogman. A creature that he claims has been attacking their family each decade since 1887 during the seventh year. Though Aaron is skeptical of his Grandfather's tale, Forrest is convinced that the Dogman's attacks on the family have to end. And they have to end with him. Forrest will soon learn that he cannot outrun the horrific events of his family's past to alter its future. For it's now 2007... The Seventh Year Is Here...

The story is based upon the song "The Legend" by Steve Cook and from the screenplay of the same name by Brandon G. Kroupa and Alexis B-R. Kroupa.