Stars Over the Red Cedar: Research, Education and Outreach at the Michigan State University Campus Observatories by Horace A. Smith 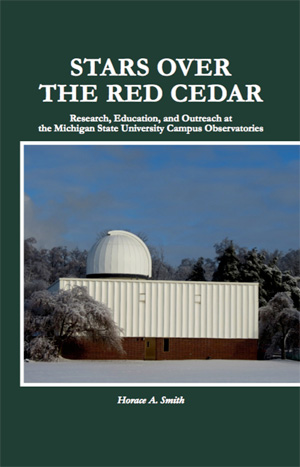 Before the state of Michigan was half a century old, students watched the skies from an astronomical observatory on the campus of what would become Michigan State University. One hundred and forty years later, faculty, students, and the public study the skies from the successor to that first observatory.  This book tells the stories of those observatories, taking the reader from the dark skies of a 19th century agricultural college to the dawn of the space-age and on to the 21st century astronomy of exoplanets and exploding stars.

The author is professor emeritus in the MSU Department of Physics and Astronomy.