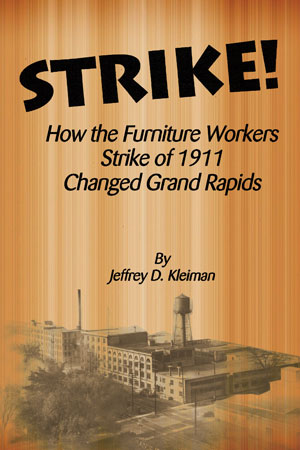 At the beginning of the 20th century, furniture factories dominated the physical and economic landscape of Grand Rapids, Michigan. More than 60 factories employed more than 5,000 workers, making it truly the "Furniture Capital" of the nation. In mid-April 1911, growing tensions between furniture manufacturers and factory workers erupted in a city-wide strike that affected nearly every company and lasted throughout the summer, bringing much of the city to a standstill for four months.

"With the first book-length analysis of the 1911 furniture strike, and the subsequent changes it brought to city government, Dr. Jeffrey Kleiman has made a major contribution to the understanding of Grand Rapids history. Many readers will be surprised to learn that such a significant work stoppage took place in Grand Rapids, and that its repercussions are being felt to the present day."

Dr. Jeffrey Kleiman is Associate Professor of History at the University of Wisconsin-Marshfield.