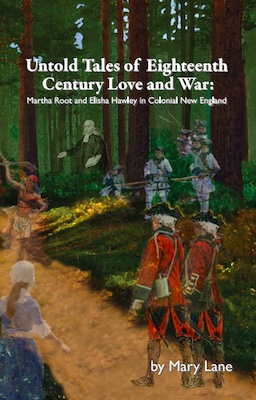 This book fictionalizes a true series of events in the late puritan Connecticut River valley through the French and Indian Wars in upstate New York until after the American Revolution in the new settlements.

and the diverse and complex communities that produced them.

The central controversies animating these stories were religion versus town turmoil and transformations, particularly a prominent fornication case (not unusual in this period), a refusal to acknowledge paternity and church authority (against law and evidence), excommunication, and the intriguing consequences.

Weaving through a century of time and towns, the book is the product of extensive research and incorporates archaeology, artifacts, history, primary source documents, sociology, psychology, law, religion, and other disciplines into the stories. Painstaking research was conducted for historic accuracy of both actual facts and persons, as well as the minutiae of 18th century life.