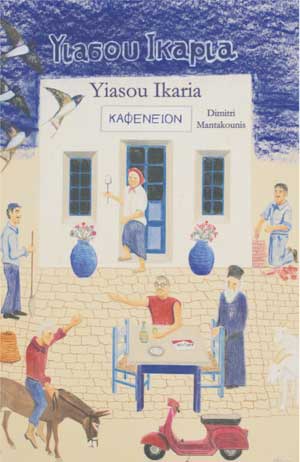 Ikaria, sitting almost in the middle of the Aegean Sea, shaped like a crooked finger pointing accursedly at Turkey, has been stereotyped as a backwater Greek island for ages. Maybe, because of this Ikarians developed into a proud, but also strange and almost exotic group of islanders as labeled by their fellow Greeks.

"Yiasou Ikaria" is a collection of short vignettes featuring an assortment of unusual charming characters who find themselves in bizarre and hilarious situations, defining what a true Ikarian is. So, grab your favorite Greek beverage, an ouzo, a frappe, or a potent coffee and spend some time on this uniquely Greek island  with its equally entertaining cast of characters.