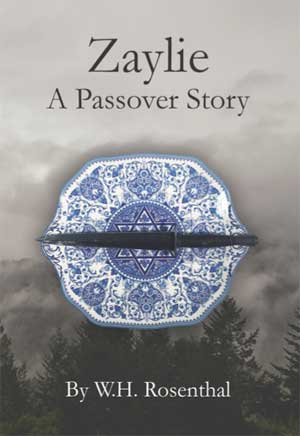 It is the night of the first Seder, the first night of the Passover, Zaylie’s father raises the matzo for all to see “this is the bread of affliction…” he reads from the Haggadah when the crashing sounds give way as German soldiers shatter the door to the apartment. He grabs his daughter and shoves her in the direction of the back door.  “Run” is all he has time to say.  And Zaylie’s story begins.

Their lives will bring them together, and their story will begin.