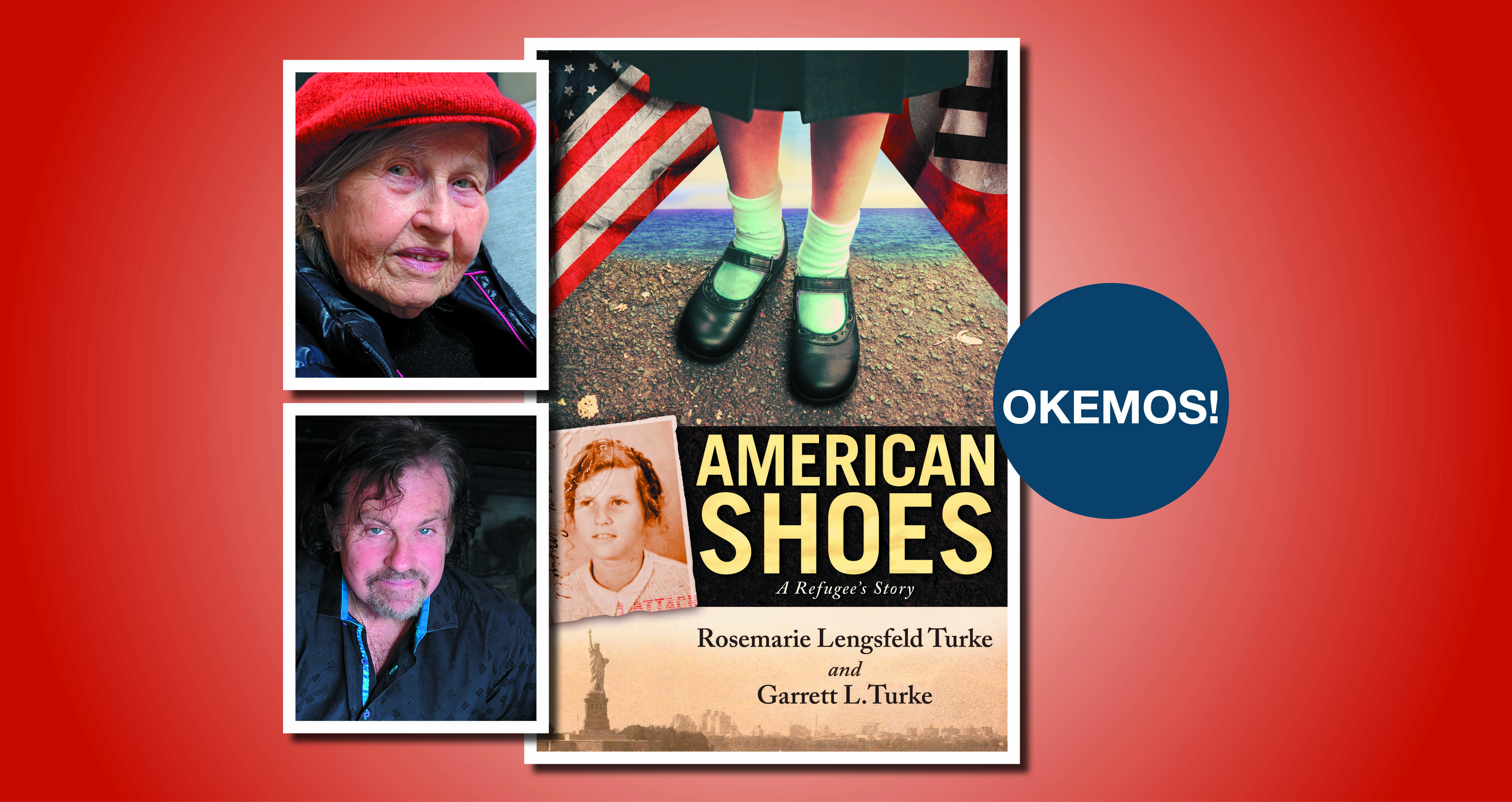 “Stories of terror and profound sadness about World War II are not new, but to follow Rosel as she navigates the horror, endures the challenges, and boards the Marine Flasher very much alone…it is a journey we all need to take. American Shoes has a power I will not forget.”
— Mary Ellen Wood, Schuler Books Buyer

Join Mother and Son for what is sure to be an unforgettable event at our Okemos store!

This event is free to attend. However it helps us in planning to receive your RSVP. Please register here so we know you plan to join us: https://American-shoes.eventbrite.com

About the Book
Commended as a "moving and hopeful story of courage and perseverance" in a starred review by Booklist, American Shoes is a profound mosaic of memories recounting 15-year-old Rosemarie Lengsfeld Turke’s escape from Nazi Germany, leaving her life and family behind to forge ahead in an America she left as a small child.

Set against a backdrop of Adolf Hitler’s rise to power, the reign of Nazi Germany, and the entire course of World War II in Europe, American Shoes recounts the tumultuous childhood of a young American girl and her family trapped within a country that turned against itself, where human decency eroded and then vaporized. Forced to grow up in the midst of endemic fear stoked by a ravenous madman, American Shoes portrays the breakdown of a society from a child’s point of view, deep inside a land where millions of law-abiding citizens were targeted as threats, and then removed for extermination.

This is the story of a brave girl who, despite not being Jewish, was perceived to be one of those threats and was compelled to keep her American identity secret for fear of her family’s arrest, concentration camp placement, or worse. Fighting to see through a relentless barrage of Nazi lies and propaganda, caught within a nation where resistance or opposition meant incarceration if not certain death, American Shoes illuminates one family’s struggle to survive against impossible odds as a cataclysmic world war marched closer and closer until it was upon them.

Vividly told for the first time after seven decades of a family’s collective silence, American Shoes reveals the story of a brave and spirited young girl named Rosel who refused to accept the new order of a world gone mad, inside a society that became more sinister and macabre than any childhood nightmare could ever be. Driven by the faint memories of the land where she was born—a hazy beacon that guided her toward freedom and a new life—this is the story of Rosemarie Lengsfeld Turke.

About the Author:
Rosemarie Lengsfeld Turke is an American citizen who spent a large part of her formative years growing up in the clutches of Nazi Germany. Her family spent many years trying to escape the war’s atrocities before Rosemarie was able to board a ship back to America alone at the age of 15, leaving her family behind until they could be reunited years later. Rosemarie has spent her life nurturing kindness and compassion in children as an au pair, as a Montessori directress, and as a parent, grandmother, and now great-grandmother. While working on American Shoes, Rosemarie has found that sharing her story and inspiring others is her true life’s purpose. She strongly believes that children are the keepers of the light.

Garrett Turke is a former clinical psychologist who has been a father, caregiver, and healing professional for more than three decades, and is the author of two previous books: There’s a Window to Heaven (2018) and 497 Nails (2015). He has traveled the world extensively, beginning in childhood, including multiple trips to West Africa, the Mediterranean, and eastern Asia. Garrett attributes his passion for championing the underdog to his father, and his longing to see the world as a colorful, compassionate place to his mother. Despite the many diverse aspirations and occupations he has pursued, Garrett has now found his lifelong dream as an author.