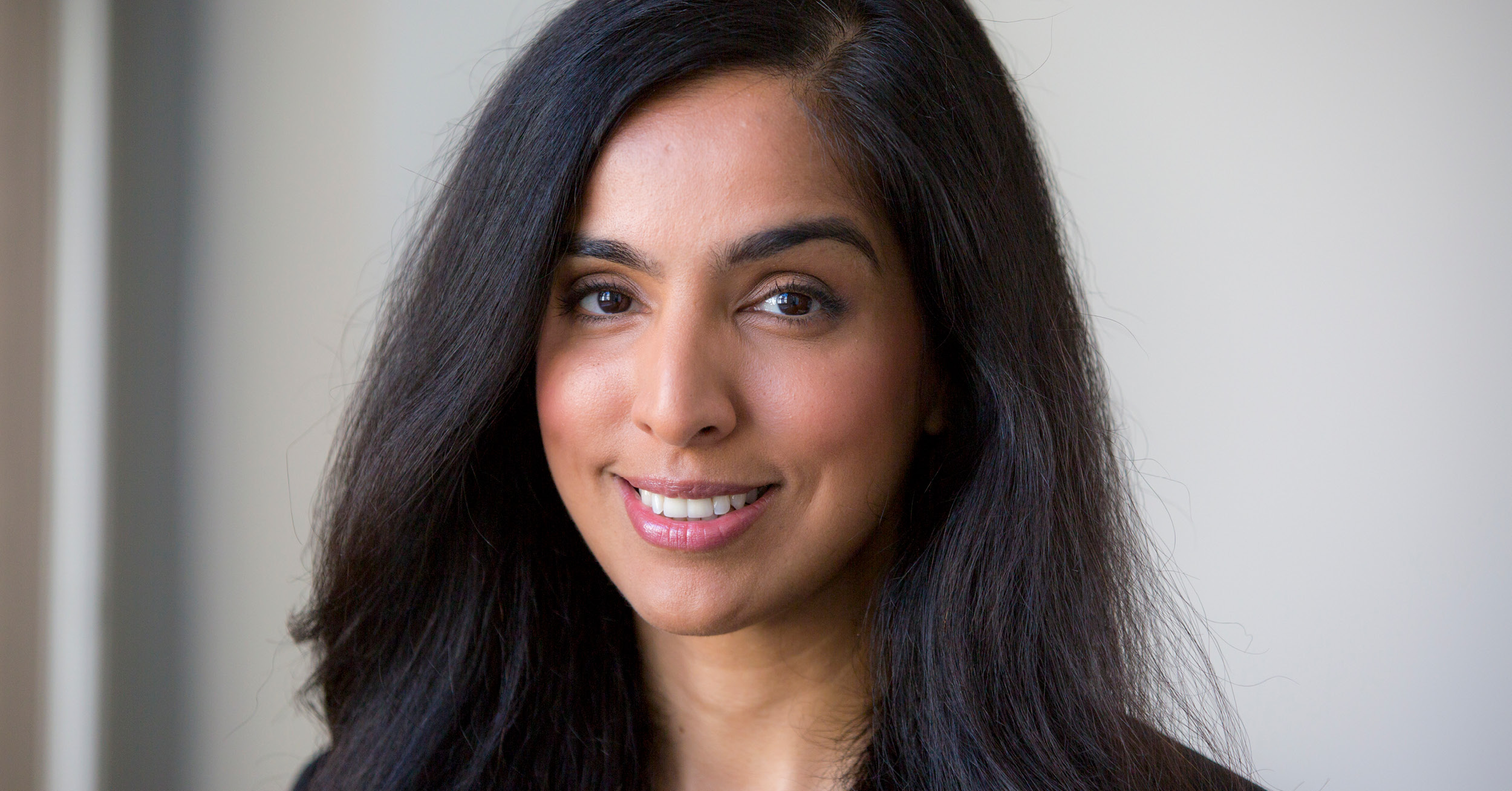 NPR correspondent Aarti Shahani joins us for an evening in conversation, to share her memoir Here We Are: American Dreams, American Nightmares. Aarti will be in conversation with David B. Thronson, Alan S. Zekelman Professor of International Human Rights Law and Director, Talsky Center for Human Rights of Women and Children at Michigan State University College of Law.

Aarti and her family moved to Flushing, Queens—by way of Casablanca—where her father and her uncle set up a business selling small electronics. Little did they know, they were selling to a drug cartel and ultimately, both ended up in jail accused of money laundering. They were given terrible legal advice and told to plead guilty, because otherwise they might be conflated with the people running the cartel, and the outcome would be even worse. At the same time, Aarti wins a scholarship to the prestigious Brearley School in Manhattan and is thrown in with a bunch of Upper East Side white girls and tries to find her way. Throughout it all, Aarti constantly visits her father on Rikers Island and when he is ultimately released, figures out how to get him out of the deportation pen where he has been put in a further immigration kafkaesque horror show. Later in life, Aarti gets to know the judge who presided over this case and discovers that this whole nightmare could have been avoided had her father only pleaded innocent and gone to trial.

Here We Are is memoir at its best: colorful characters, important themes, a sad and moving BIG story. Aarti's life is forever defined by her father's humiliation, and this becomes a coming of age story about a daughter's loyalty to her father...a love letter that highlights so many of the injustices immigrants face.

Aarti Namdev Shahani is the author of the upcoming memoir Here We Are: American Dreams, American Nightmares. She is a correspondent for NPR based in Silicon Valley, covering the largest companies on earth. Her reporting has received awards from the Society of Professional Journalists, a regional Edward R. Murrow Award, and an Investigative Reporters & Editors Award. Before journalism, Shahani was a community organizer in New York City, helping prisoners and families facing deportation. Her activism was honored by the Union Square Awards and Legal Aid Society. She received a Master's in Public Policy from the Harvard Kennedy School of Government, with generous support from the university and the Paul and Daisy Soros Fellowship for New Americans. She completed her bachelor's degree in Anthropology at the University of Chicago. She was among the youngest recipients of the Charles H. Revson Fellowship at Columbia University and is an alumna of A Better Chance, Inc. Shahani grew up in Flushing, Queens—in one of the most diverse zip codes in the country—and believes every American should visit her hometown to understand what makes America great.

Thronson graduated from the University of Kansas with degrees in mathematics and education, then taught in Nepal as a Peace Corps volunteer. He completed a masters degree at Teachers College, Columbia University and served as a mathematics teacher and administrator at three public high schools in New York City.

Thronson earned his J.D. degree from Harvard Law School where he served as Co-Editor-in-Chief of the Harvard Human Rights Journal. After clerking for the Honorable A. Wallace Tashima in California, he returned to New York City as a Skadden Fellow at The Door's Legal Services Center. He then served as a Gibbons Fellow in Public Interest and Constitutional Law.

"Aarti Shahani’s book is destined to take its place among the finest memoirs written in recent decades—a heartbreaking, hilarious and tender love letter to the millions of people who have made their way across lands and oceans to try and find a new life in America. This book will take you on a vivid, almost cinematic journey that is both beautiful and unforgettable."

—Guy Raz, co-creator of How I Built This, Wow in the World and TED Radio Hour

"This timely, bittersweet immigration story will resonate powerfully with readers."

"As it chronicles immigrant tragedy and triumph, this provocative book also reveals the dark underside of the American judicial system and the many pitfalls for people of color within a landscape of white privilege. A candid and moving memoir."