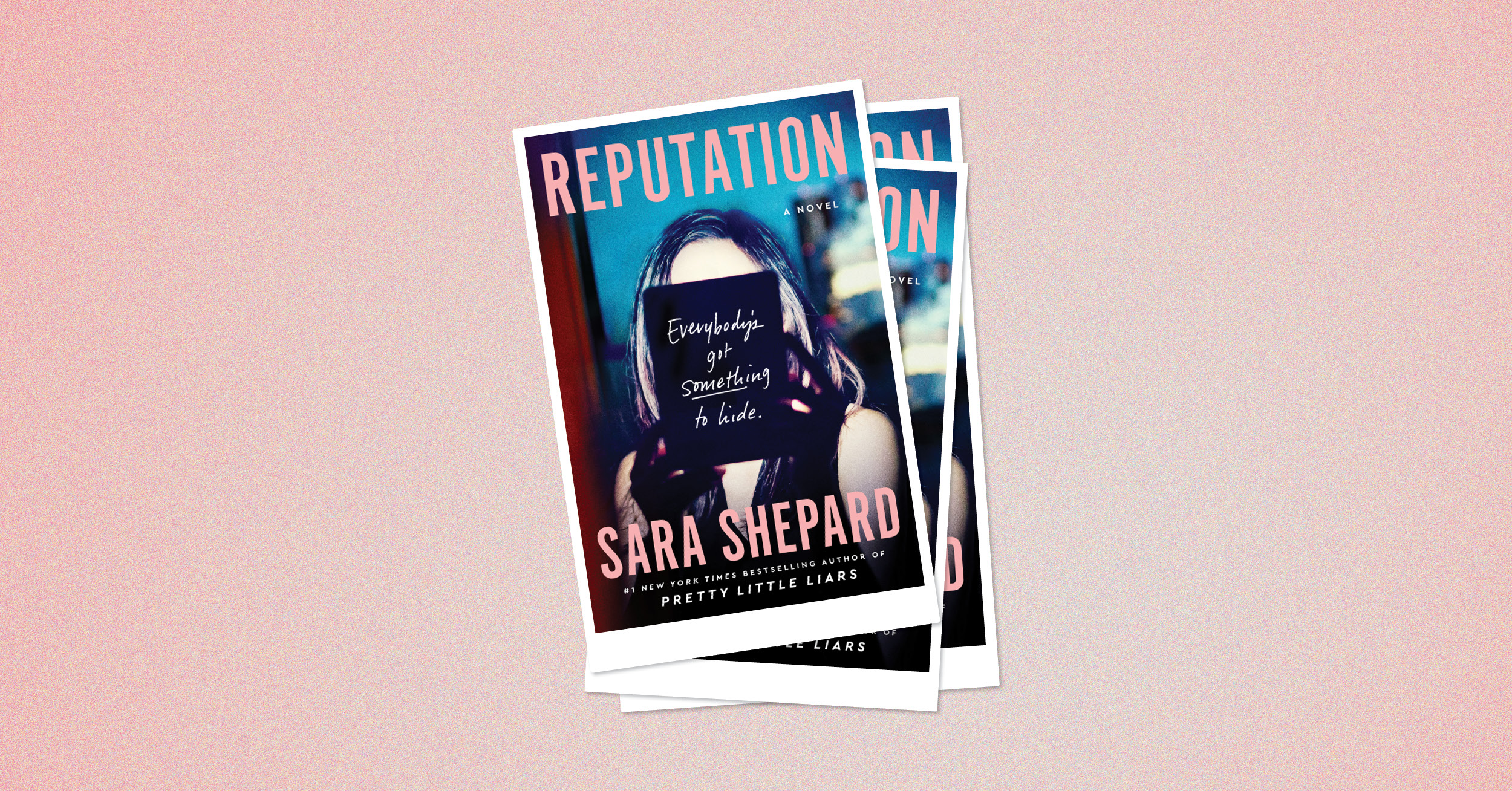 Come cozy in and join us for some mystery! Kirkus calls Sara Shepard “an Agatha Christie for the 21st century”, and she’s joining us for the release of her new adult novel Reputation. Tickets available here and in-store.

- Tickets are $17.00 (plus convenience fee), includes a copy of the front list title and a place in the signing line

- Presentation begins at 7:00pm, signing to follow. Check-in and doors will open at 6:00pm

- At check-in you will receive a signing line ticket

- Your ticket includes a copy of the front list title. You will receive this at check-in

- Your ticket guarantees you a spot in the signing line, but seating is limited and available on a first-come, first-served basis

- Event tickets are available through Eventbrite (with convenience fees) or in-store.

** DISCLAIMER: All event details, signing rules and restrictions are subject to changes beyond our control, and often change up to, and during the event. Thank you for your understanding.

In this perfectly-paced new novel from Sara Shepard, the #1 New York Times bestselling author of Pretty Little Liars, the women of a tight-knit college town learn through gossip, scandal, betrayal, and even murder, who their neighbors and husbands really are.

Aldrich University is rocked to its core when a hacker dumps 40,000 people's e-mails—the entire faculty, staff, students, alums—onto an easily searchable database. Rumors and affairs immediately leak, but things turn explosive when Kit Manning's handsome husband, Dr. Greg Strasser, is found murdered. Kit's sister, Willa, returns for the funeral, setting foot in a hometown she fled fifteen years ago, after a night she wishes she could forget. As an investigative reporter, Willa knows something isn't right about the night Greg was killed, and she's determined to find the truth. What she doesn't expect is that everyone has something to hide. And with a killer on the loose, Willa and Kit must figure out who killed Greg before someone else is murdered.

Told from multiple points of view, Reputation is full of twists, turns, and shocking reveals. It's a story of intrigue, sabotage, and the secrets we keep—and how far we go to keep them hidden. Number one bestseller Sara Shepard is at the top of her game in this brand-new adult novel..

Sara Shepard is the #1 New York Times bestselling author of the Pretty Little Liars series, The Lying Game, The Heiresses, The Elizas, and The Perfectionists.

For as long as she can remember, Sara Shepard has been writing. However, when she was young she also wanted to be a soap opera star, a designer for LEGO, a filmmaker, a claymation artist, a geneticist, and a fashion magazine editor when she grew up. She and her sister have been creating joint artistic and written projects for years, except they’re pretty sure they’re the only ones who find them funny.

She got her MFA at Brooklyn College and now lives outside Philadelphia, PA with her husband and dogs. Her first adult novel is called The Visibles/ All The Things We Didn’t Say.

Sara’s bestselling young adult series, Pretty Little Liars, is loosely based on her experiences growing up on Philadelphia’s Main Line…although luckily she never had any serious stalkers. The series has also inspired the ABC Family television series of the same name

"An Agatha Christie for the 21st century, Shepard masterfully crafts a prestigious town rife with hidden temptation and sin. . . . From chapter to chapter, Shepard's plotting breathlessly careens between characters, with each cliffhanger swiftly answered by another, ratcheting up the stakes until the killer is finally unmasked. A fast-paced, twisty-turny mystery perfect for a cozy weekend read."

"[Shepard is] a master at keeping you on your toes—and this novel is no exception. If you're looking for a new novel that draws you in and just won't let go, you've found it."

--Marie Claire, “The 27 Best Fiction Books by Women This Year”

“Shepard throws every cliché imaginable at the reader and then artfully massages them into a brilliant narrative told in the voices of the many women involved in the story who, having managed to make victims of one sort or another of themselves, all emerge victorious, each in her own fashion. . . . Everyone is hiding a closetful of secrets, which, when finally revealed, provide some excellent misdirection and a few OMG moments, until one final and shocking truth emerges. Fans of domestic suspense will devour this one.”

“Sara Shepard reaches delicious, vicious heights with Reputation. I felt like I was sucked into a video game, slipping into different skins in every chapter. It's the love child of Dead to Me and Scream, a creepy tale about modern technology and good old fashioned human flaws. We're so lucky that Shepard is out there watching the way we live, seeing the best in us, and oh yes, the cringe-inducing, often laugh out loud worst as well.”

--Caroline Kepnes, author of You, Hidden Bodies, and Providence

"What an addictive, juicy novel, with a whip-cracking plot full of twists and turns. Reputation is packed to bursting with all of the best elements of commercial fiction. Read this one!"

"A modern murder mystery that exposes our deepest fears about how vulnerable we are to the parts of ourselves we hide online. As the secrets pile up, Shepard writes her calculating anti-heroines with sharp clarity, daring the reader to keep pace alongside her. I, for one, was breathless."

"Deliciously diabolical. Shepard spares no one in this breakneck thriller as dark secrets and shocking scandals lead to murder."

--Liv Constantine, International bestselling author of The Last Mrs. Parrish and The Last Time I Saw You