Lady Secrets with The LadyGang 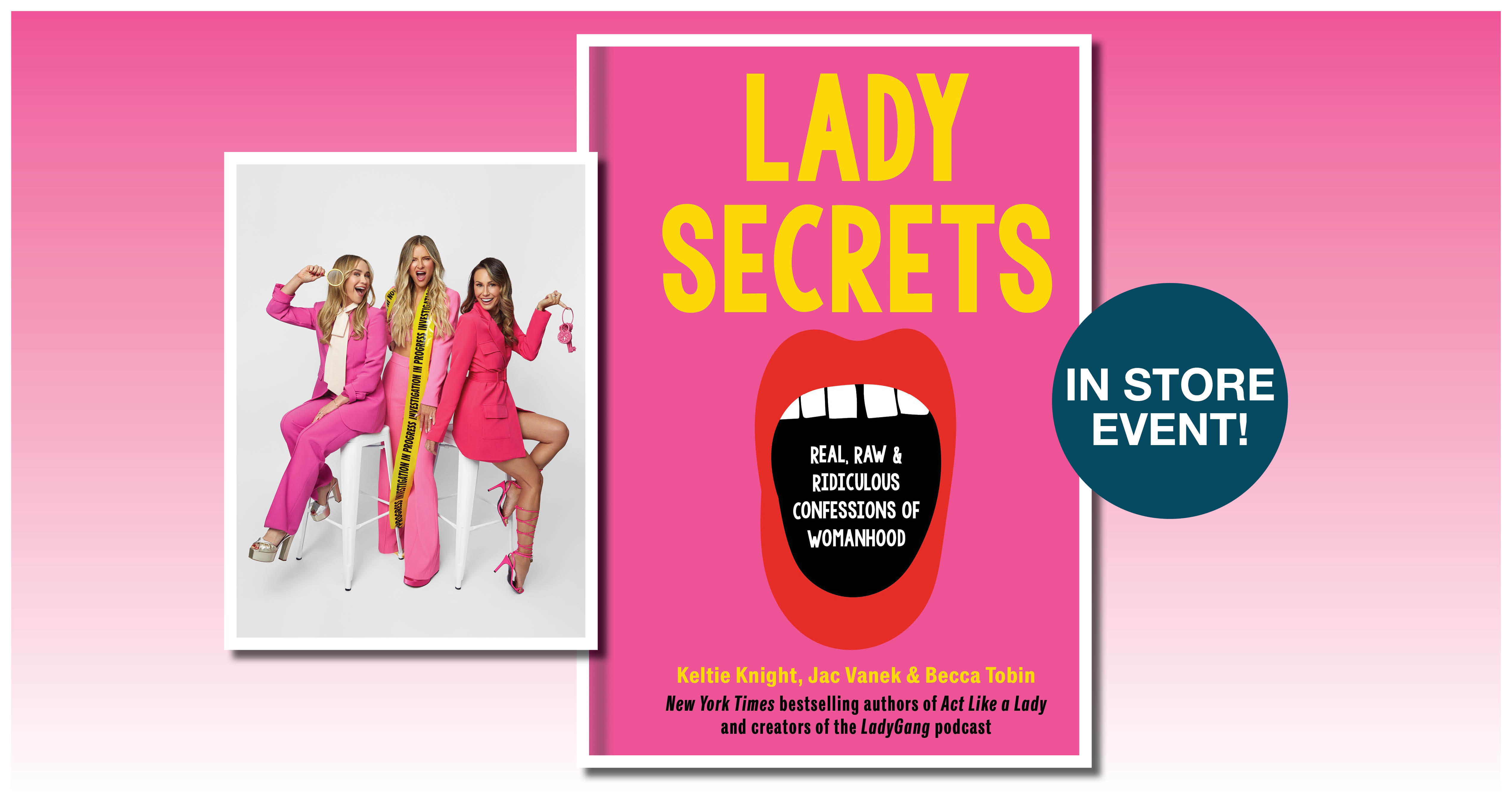 Join us for an evening of real, raw, and ridiculous confessions with the women behind the incredibly successful LadyGang brand. They will be answering your questions and celebrating the release of their newest book, Lady Secrets.

Tickets are required to attend this event. Each ticket includes a signed copy of the book. PURCHASE TICKETS HERE

A manifesto for revealing and reclaiming un-ladylike behavior from the New York Times bestselling authors of Act Like a Lady and hosts of the popular podcast LadyGang.

Every lady has a secret. A secret so humiliating, embarrassing, scandalous, or disgraceful that you haven’t told a soul—not your closest friends, family, lovers, or doctors. There is so much shame surrounding hiding secrets, and, frankly, enough is enough.

The truth is, there is power and freedom in releasing those dirty little secrets out into the big, bad universe. It gives you that same sweet relief as taking off an underwire bra at the end of a long, crappy day. That’s why Keltie Knight, Becca Tobin, and Jac Vanek—hosts of the LadyGang podcast—set their secrets free: the good, the bad, and the diarrhea. The LadyGang wanted to offer their large and loyal community a chance to join them in exposing the messy truths of their lives, and so, Lady Secrets was born: confessional essays from the trio themselves and an incredible crowdsourced collection of secrets from other ladies around the world. Secrets ranging from silly little white lies to cringey misadventures to soul-baring truths. And as it turns out, exposing your deepest and darkest helps you realize that we are all way more alike than we could have ever imagined.

Everyone seems to have a bizarre body malfunction, a hookup gone terribly wrong, and a soul-crushing experience that haunts them forever. And maybe that elaborate revenge plot you carried out against your cheating ex was actually kind of badass (in spite of being slightly illegal). It’s time we stop feeling ashamed of our (un)ladylike habits and own the real, raw, and ridiculous things that make you authentically you.

Tickets are required to attend this event. Each ticket includes a signed copy of the book. PURCHASE TICKETS HERE

About the Author:
Keltie Knight is an Emmy Award-winning television personality and a host on CBS’s Entertainment Tonight. She's appeared on Project Runway and The Talk and as a moderator for Vanity Fair.

Becca Tobin is an actress, singer, dancer, and host who starred in the role of Kitty on Fox Television's acclaimed show Glee. She has also starred in several Hallmark movies. After graduating from the American Musical and Dramatic Academy, she was in Broadway’s Rock of Ages and toured with the Trans-Siberian Orchestra.

Jac Vanek is a self-made entrepreneur, CEO, and one of the most powerful fashion and music influencers of her generation. Her unconventional Jac Vanek brand continues to defy boundaries of the fashion industry, and her sassy graphics and slogans are widely worn by celebrities.