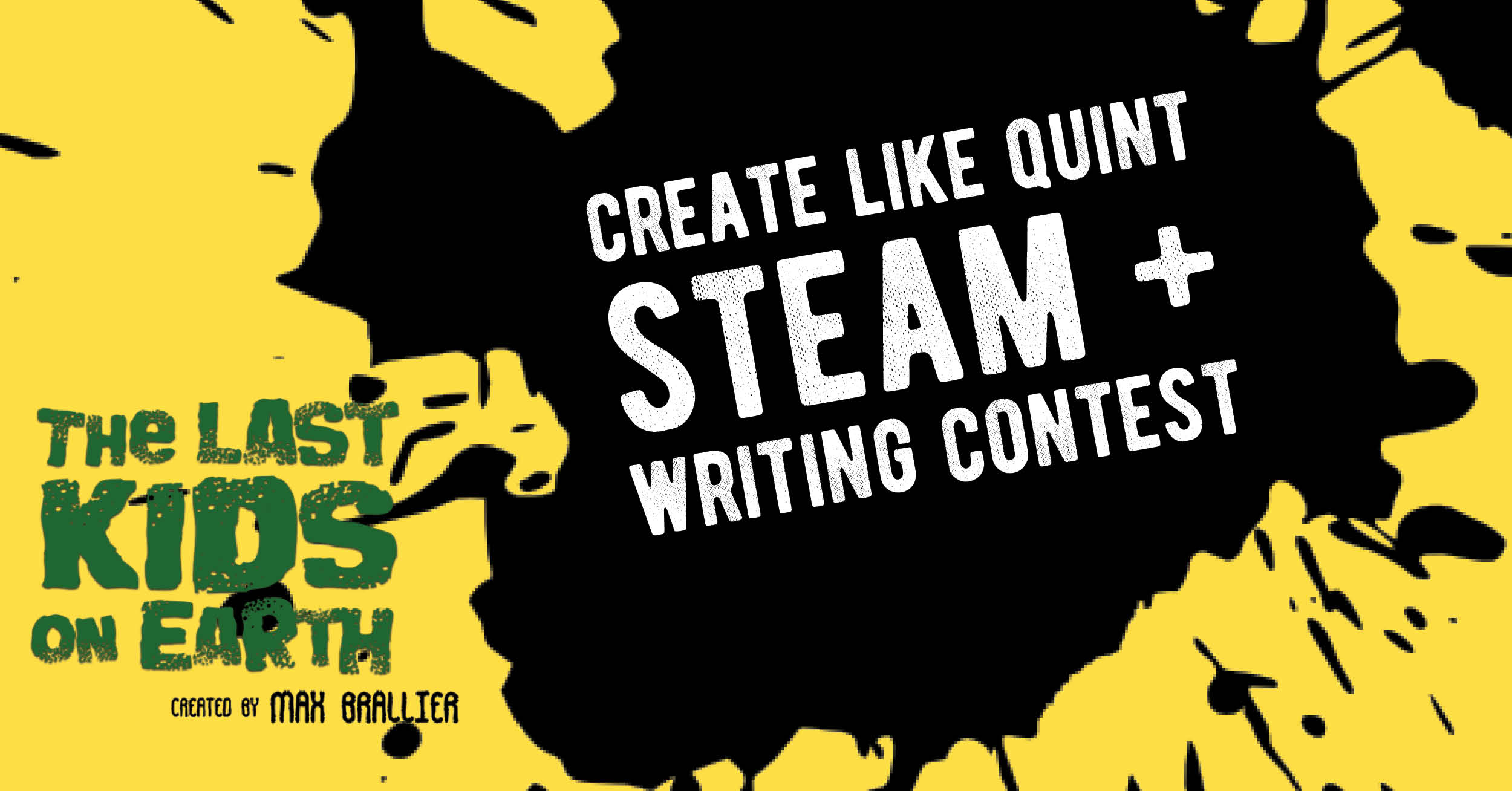 As seen on Netflix! Diary of a Wimpy Kid meets The Walking Dead in this hilarious SERIES filled with wisecracking kids, crazy gadgets, and a lifetime supply of zombies and giant-sized monsters.

To celebrate the release of The Last Kids on Earth: June’s Wild Flight we are hosting a contest. To enter, create your own crazy gadget for June to use! Submit a 200-400 word essay and any photos to support it! You never know, it could be cool enough for Max to put it into his next book.

Your essay should include:

Essays will be evaluated on creativity and writing quality (for age level). Gadgets can be made from kitchen tools, cardboard, paper, sporting equipment - use your imagination and ask your parents for help!  All submissions are due by May 1st. Winner will be announced by May 8.

Third place includes: $25 GC to Schuler Books and a signed copy of The Last Kids on Earth: June’s WIld Flight

Told from June's point of view—and set between the shattering events of The Midnight Blade and the upcoming 6th book in the series—June's Wild Flight brings new characters, high-stakes action, and stunning revelations in an adventure that could only be June’s. An essential Last Kids adventure that readers won't want to miss! The Midnight Blade ended with a shocking twist: a long-missing villain has returned and now has an army of the dead at his command! Jack, June, Quint, and Dirk have battled the worst kind of monsters, zombies, and cosmic servants, but an endless horde of animated skeletons is next-level. While the kids plan their next move, an unexpected threat emerges, and June gets separated from her friends, dragged miles away from Wakefield to a town overgrown with monstrous vines and never-before-seen creatures. Drawing on her post-apocalyptic survival and action skills—and with the help of some odd new companions—June attempts to make her way back home. But not before she uncovers critical information about the mysterious "Tower.” Information that the future of our world may hinge upon....

Max Brallier (maxbrallier.com) is theNew York Timesbestselling author of more than thirty books for children and adults. His books and series include the Last Kids on Earth, Eerie Elementary, Mister Shivers, Galactic Hot Dogs,and Can YOU Survive the Zombie Apocalypse? Max lives in New York City with his wife and daughter.