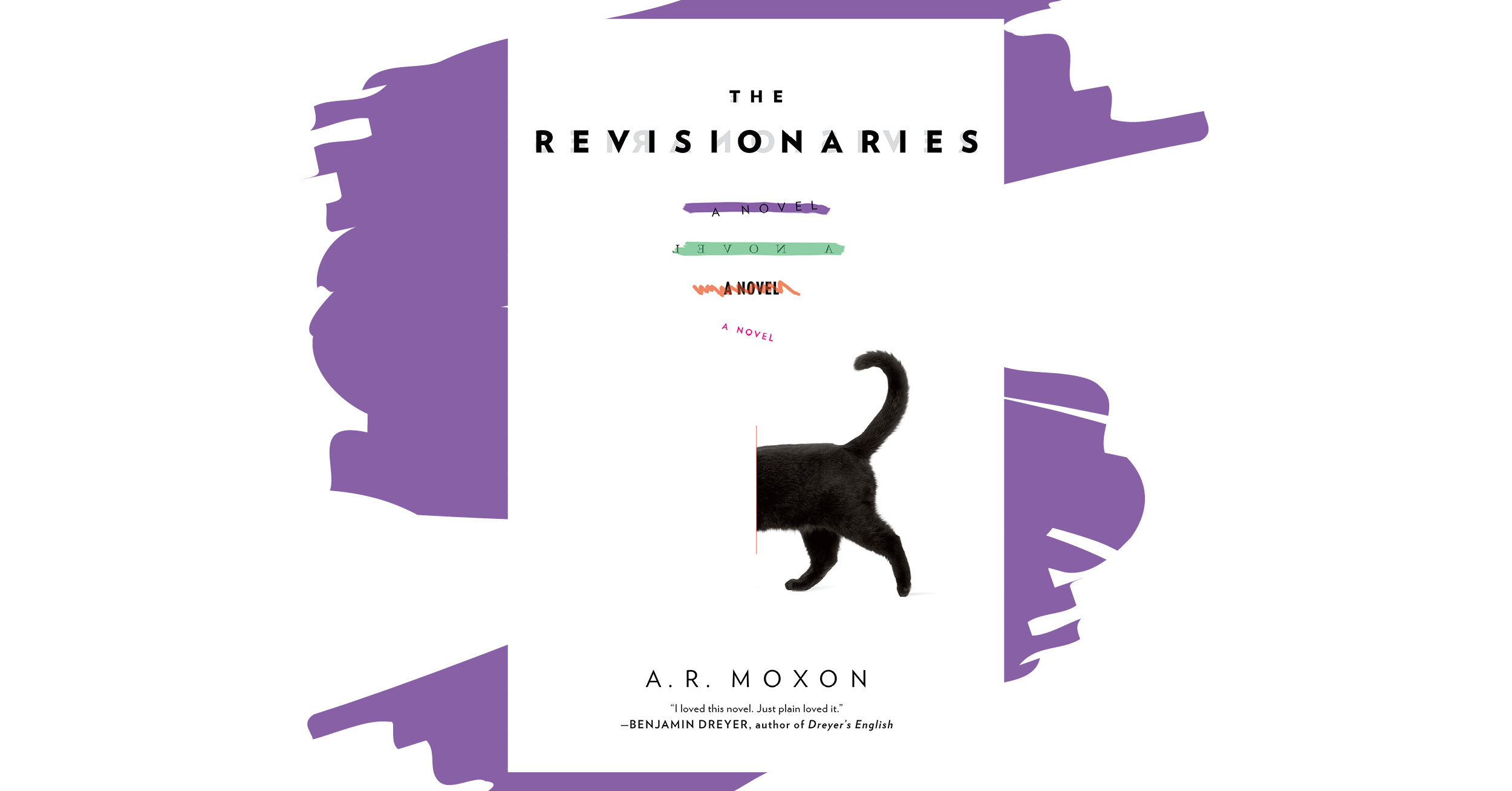 Come out for an evening with local author, A.R. Moxon as he shares his debut novel, The Revisionaries.

All is not boding well for Father Julius. . .

A street preacher decked out in denim robes and running shoes, Julius is a source of inspiration for a community that knows nothing of his scandalous origins.

But when a nearby mental hospital releases its patients to run amok in his neighborhood, his trusted if bedraggled flock turns expectantly to Julius to find out what’s going on. Amid the descending chaos, Julius encounters a hospital escapee who babbles prophecies of doom, and the growing palpable sense of impending danger intensifies. . . as does the feeling that everyone may be relying on a street preacher just a little too much.

Still, Julius decides he must confront the forces that threaten his congregation—including the peculiar followers of a religious cult, the mysterious men and women dressed all in red seen fleetingly amid the bedlam, and an enigmatic smoking figure who seems to know what’s going to happen just before it does.

In the end, The Revisionaries is a wildly imaginative, masterfully rendered, and suspenseful tale that conjures the bold outlandishness stylishness of Thomas Pynchon, Margaret Atwood, and Alan Moore—while being unlike anything that’s come before.

A. R. Moxon is a writer who runs the popular twitter handle @JuliusGoat. He lives in Grand Rapids, Michigan. This is his first novel.

Praise for The Revisionaries

“I was baffled, dazzled, angered and awed … I adored it … a modern day classic … equally audacious and brilliant …. Moxon is a literary demon.” — Ron Charles, Washington Post

“It’s a good thing The Revisionaries is so funny. It will prevent whatever civilization that finds it thousands of years from now forming a creepy new religion around it.” — Patton Oswalt

“Reading this maximalist picaresque epic, one finds oneself obsessed with its meticulously rendered dreamscape, both enchanting and shiversome, impossibly otherworldly yet rigorously persuasive. A. R. Moxon is a writer of, it seems, boundless imagination—also heart, also humor—and The Revisionaries is almost maddeningly enjoyable, twist by turn, gorgeous sentence by gorgeous sentence. I  loved this novel. Just plain loved it.” — Benjamin Dreyer, author of Dreyer’s English

“A beautiful, harrowing, thrilling book. Saints and sinners roam its pages, trying to save the world or themselves, or just figure out what the hell went wrong. Wielding exuberant, intelligent prose, A. R. Moxon grapples with the modern world and its villians and inverts our expectations like hapless turtles. It’s a wild ride and a great read.” —Audrey Niffenegger, author of The Time Traveler’s Wife

“The Revisionaries has not only heart and brains but the lively pulse of a singular voice.” —Kelly Link, author of Get in Trouble

“Mind-bending. A headlong adventure yarn set in a vividly-imagined cityscape, The Revisionaries is also a fiendish narrative, as well as a parable at scale about freedom and responsibility.” —Martin Seay, author of The Mirror Thief

“The Revisionaries is an audacious, funny, and relentlessly inventive novel. If Kurt Vonnegut had been commissioned to rewrite the Old Testament, this would be the result.” —Tom McAllister, author of How to Be Safe