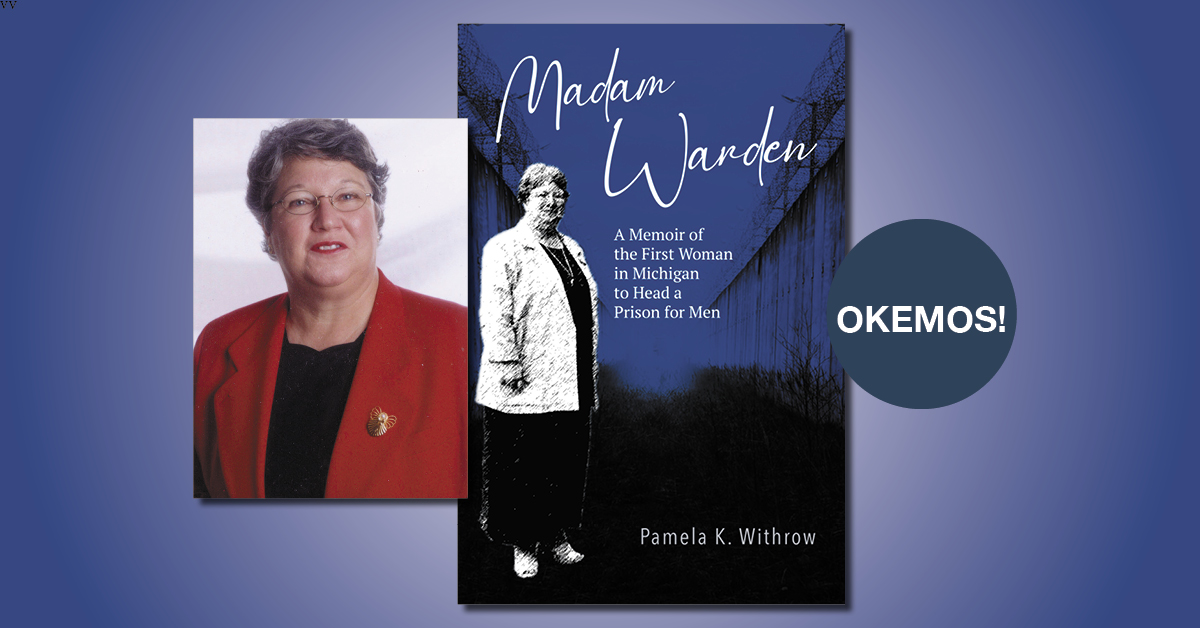 Join us when Pamela Withrow shares her story about being the first woman to head a male prison in Michigan, and her remarkable twenty five year prison administration career.

This event is free to attend. However it helps us in planning to receive your RSVP. Please register here so we know you plan to join us: https://madamwarden-schulerbooks.eventbrite.com

About the Book
Madam Warden is the insightful memoir of an idealistic innovator who became a prison warden. It carries the reader through Pam Withrow's first-woman roles at Camp Brighton and Jackson Prison and toward her appointment as the first woman to head a male prison in Michigan-the Michigan Dunes Correctional Facility.

The book tells of memorable staff and prisoners, shares stories about colleagues and mentors, and recaps incidents at prisons where Withrow worked during her twenty-five-year career. It covers the joys and challenges of prison administration and offers lessons learned. Finally, it follows her efforts to implement and research cognitive programs for prisoners at the Michigan Reformatory, including a chapter about a prisoner who used his cognitive skills to turn a life sentence into a term of years and earn parole.

About the Author:
Pam Withrow was born into an Indiana farm family near the midpoint of the 20th century, moved to Michigan in the turbulent ’60’s and was a pioneering woman in the Michigan Department of Corrections.  After a shotgun marriage, she returned to college, divorced, became a welfare mother, and completed a BA at Michigan State University. With the help of a bus driver boyfriend, she began work with the Michigan Department of Corrections in 1976. After only two years, she was promoted to become the first woman to supervise a camp for male felons.  This was followed by work as the housing deputy inside Jackson prison which led to her appointment as the first woman to head a male prison, The Michigan Dunes Correctional Facility. She then served as the Warden of the Michigan Reformatory, one of 3 penitentiaries in the state, for the final 15 years of her career.  She introduced cognitive work with prisoners while at the Reformatory and it is now used throughout the Department. She was named Warden of the Year by the North American Association of Wardens and Superintendents, received Honorary Doctorates from Grand Valley and Ferris State Universities, and was inducted into the Michigan Women’s Hall of Fame.

Madam Warden: A Memoir of the First Woman in Michigan to Head a Prison for Men (Hardcover)