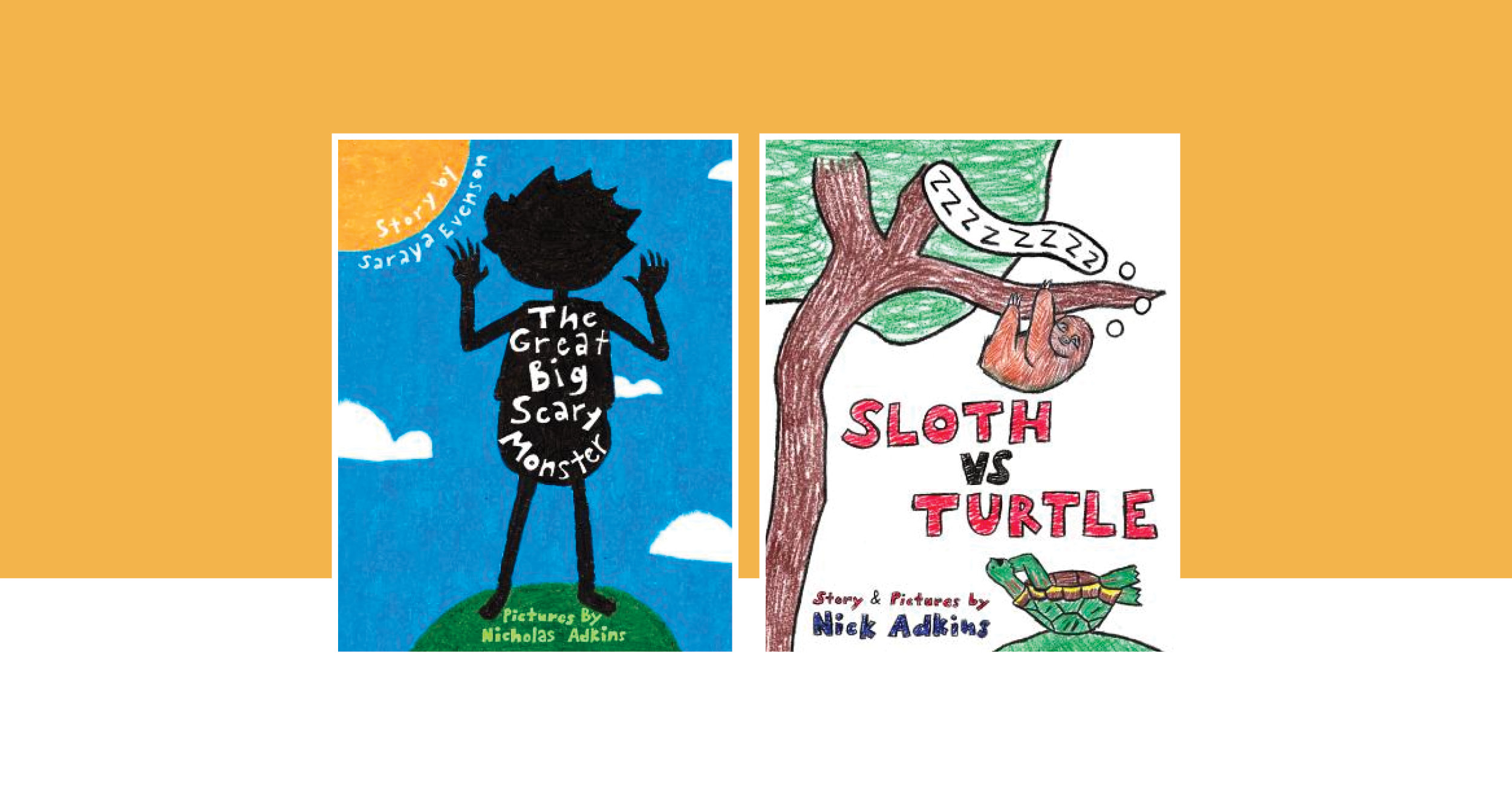 Two Monster Books was founded by Nick and Ashley Adkins in 2012 with a single goal in mind: getting kids excited about reading, writing, and being uniquely creative. They will be joining us for story time with their books The Great Big Scary Monster and Sloth vs. Turtle.

Nick illustrated The Great Big Scary Monster and wrote and illustrated Sloth VS Turtle. He lives in Haslett with his endlessly supportive wife and two endlessly energetic boys. He is currently working on a chapter book about an introvert, a robot, and the struggles of friendship.

Sillier than scary and more little boy than big monster, The Great Big Scary Monster follows a four year old through his daily exploits. In between stepping on flowers and stomping through mud, he somehow finds the time to avoid blowing his nose. The story is told by a mother who, despite living with a creature who “never takes a bath,” knows her great big scary monster is smart, kind, and caring and finds his less civilized traits endearing. 2012

Never underestimate how jealous a turtle can get! When Lucas wakes up to an excited crowd heading toward the sleeping two-toed sloth’s exhibit, he begins his book-long mission to prove that turtles are every bit as interesting, cute, and capable as sloths. Sloth VS Turtle is a funny, informative, and quirky read for kids and adults alike. Will Lucas be able to sway your vote to Team Turtle?