A Morbid and Uneasy Afternoon of Nursery Rhymes 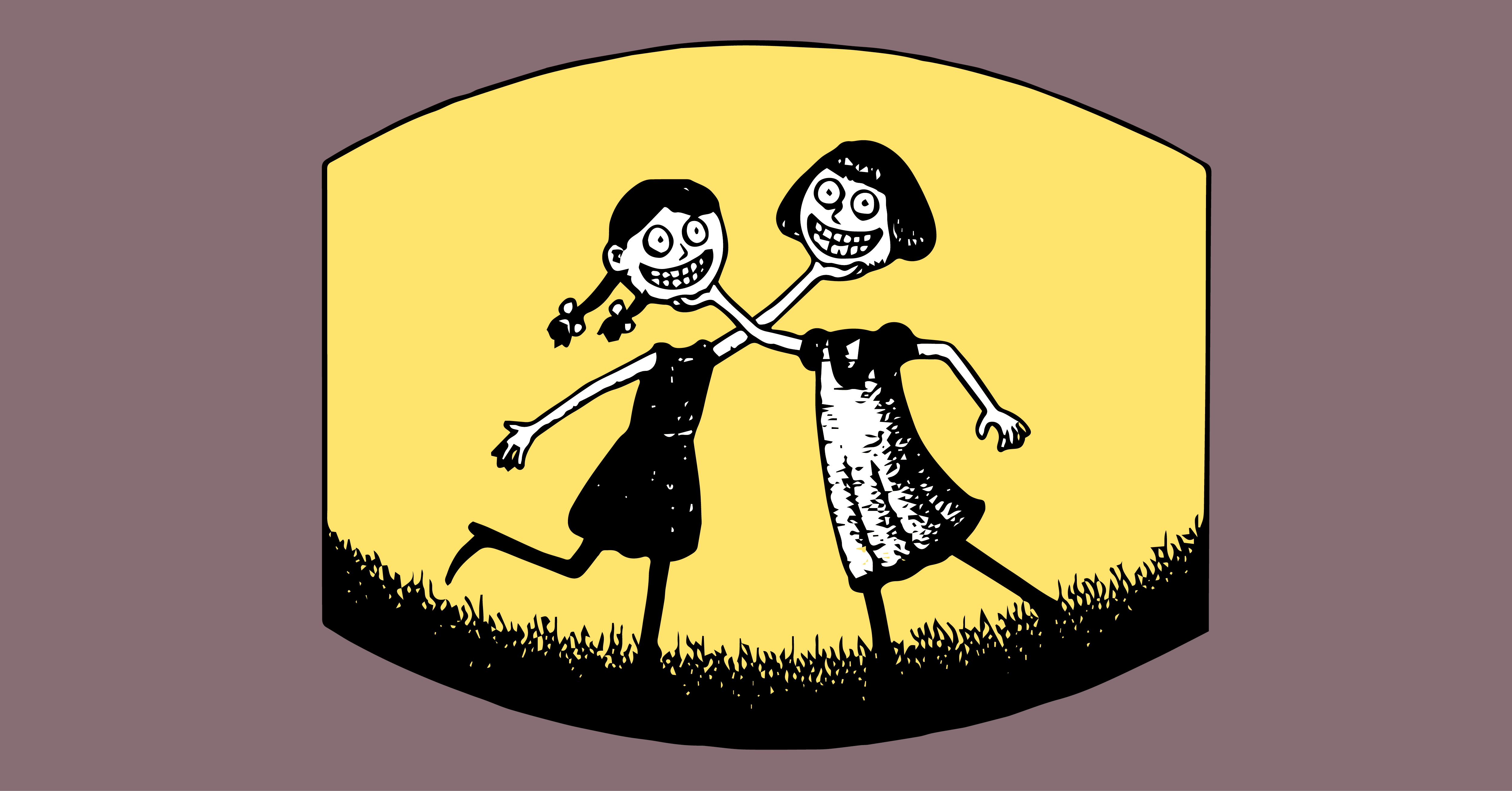 Landis Blair, who illustrated the prize-winning graphic novel The Hunting Accident and the New York Times bestseller From Here to Eternity,  joins us for the afternoon to share his newest work, The Envious Siblings and Other Morbid Nursery Rhymes. This event is meant for adults only. Parents should leave their children at home for this one.  Landis will be in conversation with Dave Koss, the founder of the North American Writing Utensil Museum.

The Envious Siblings contains eight nursery rhymes that are both mordant and macabre, as playful as Charles Addams —and every bit as unnerving.  The Envious Siblings begins with “The Malicious Playground,” a recognizable landscape of youthful horror. Little fingers get caught in the slats of a rope bridge, sand from the sandbox is kicked into young eyes, while “The jungle gym at best condones / The shattering of all your bones.” This last bit features a stark illustration of a half dozen kids smiling as one of their friends goes sailing off to his or her doom. In the title story, sisters Abbie and Angie fight so viciously that, in the end, the mother is depicted happy and resting on the ground: “Mother, tiring of the fuss,” Landis tells us, “Murdered both and envy thus.” This is the delightful genius of The Envious Siblings; every story catches humans at our worst and yet revels gleefully in all of the horrid imperfections.

Landis Blair illustrated the prize-winning graphic novel The Hunting Accident and the New York Times bestseller From Here to Eternity, and has published illustrations in the New York Times, Chicago Magazine, and Medium. He lives in Chicago, Illinois.

Dave Koss is the founder of the North American Writing Utensil Museum. In addition, he owns and operates the Really Resourceful Group, an Advertising Agency located in Schaumburg, Illinois and resides in the Chicagoland area.

“Landis Blair’s work is a fusion of Grand Guignol horror and delicately layered poignancy that can’t be found elsewhere. He is a singular, morbid talent.”

— Caitlin Doughty, best-selling author of Smoke Gets in Your Eyes and From Here to Eternity

“Rarely have I seen an artist whose crosshatched phantasms are more evocative or more disturbing. Landis Blair weaves a world of dark discontents that is as disquieting as it is addictive.”

—Emil Ferris, author of My Favorite Thing Is Monsters

“The Envious Siblings gave me the fantods, in the nicest possible way”

“Good grief, Landis, this is a bit gruesome.”

—Eddie Campbell, artist of From Hell

The Envious Siblings: and Other Morbid Nursery Rhymes (Hardcover)