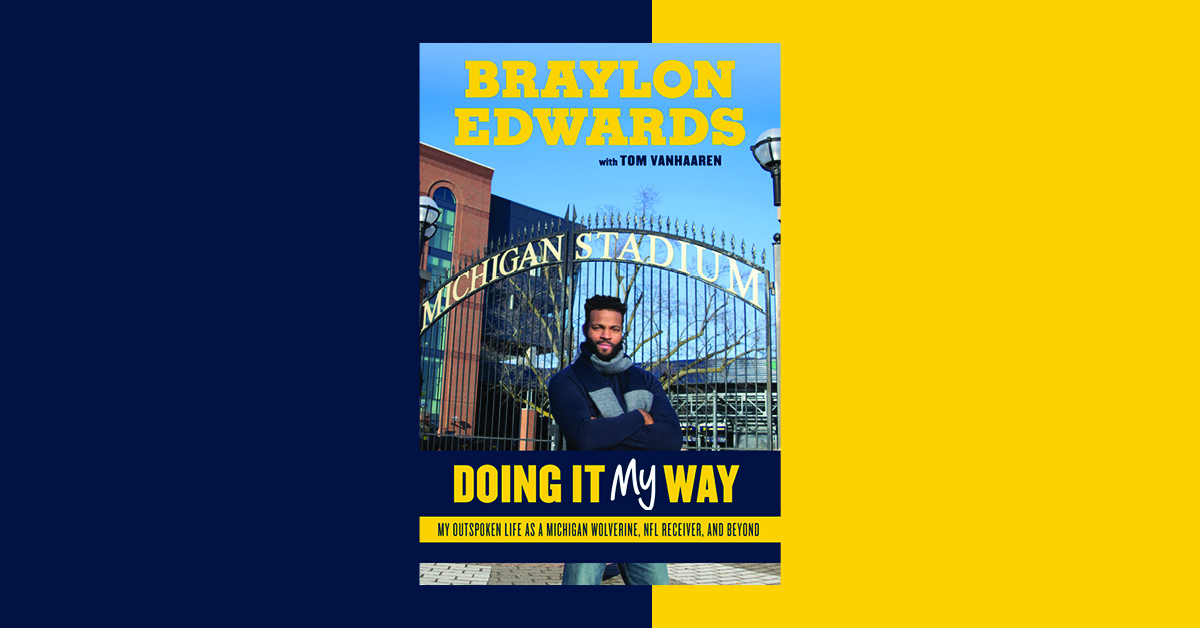 Braylon Edwards and Tom VanHaaren are stopping in for a signing of their new book, Braylon’s autobiography, Doing It My Way. Please see signing information below.

Braylon Edwards has heard all the talk—that he's only out for himself, only about the money; he's a bust, a bad guy, a troublemaker, a typical wide receiver who doesn't get it. He's also heard the cheering fans, heard them singing "The Victors" after wins in the Big House, and cherished the smiles he saw in the crowd. All of it leaves an impression, just as Edwards has left his mark in return. In this frank, unflinching autobiography, Edwards reveals the heartbeat behind the padded armor and shares how football helped him find his place and gave him a voice. He details his transformative time in Ann Arbor, how he felt when he was drafted by the Cleveland Browns, what was going through his head when he got traded to the Jets, and lays bare all the bumps, bruises, and unexpected turns along the way.

Braylon Edwards played college football at the University of Michigan, where he received unanimous All-American honors and became the first receiver in Big Ten Conference history to record three consecutive 1,000-yard seasons. He played in the NFL for the Cleveland Browns, New York Jets, San Francisco 49ers, and Seattle Seahawks.

Braylon Edwards: Doing It My Way: My Outspoken Life as a Michigan Wolverine, NFL Receiver, and Beyond (Hardcover)