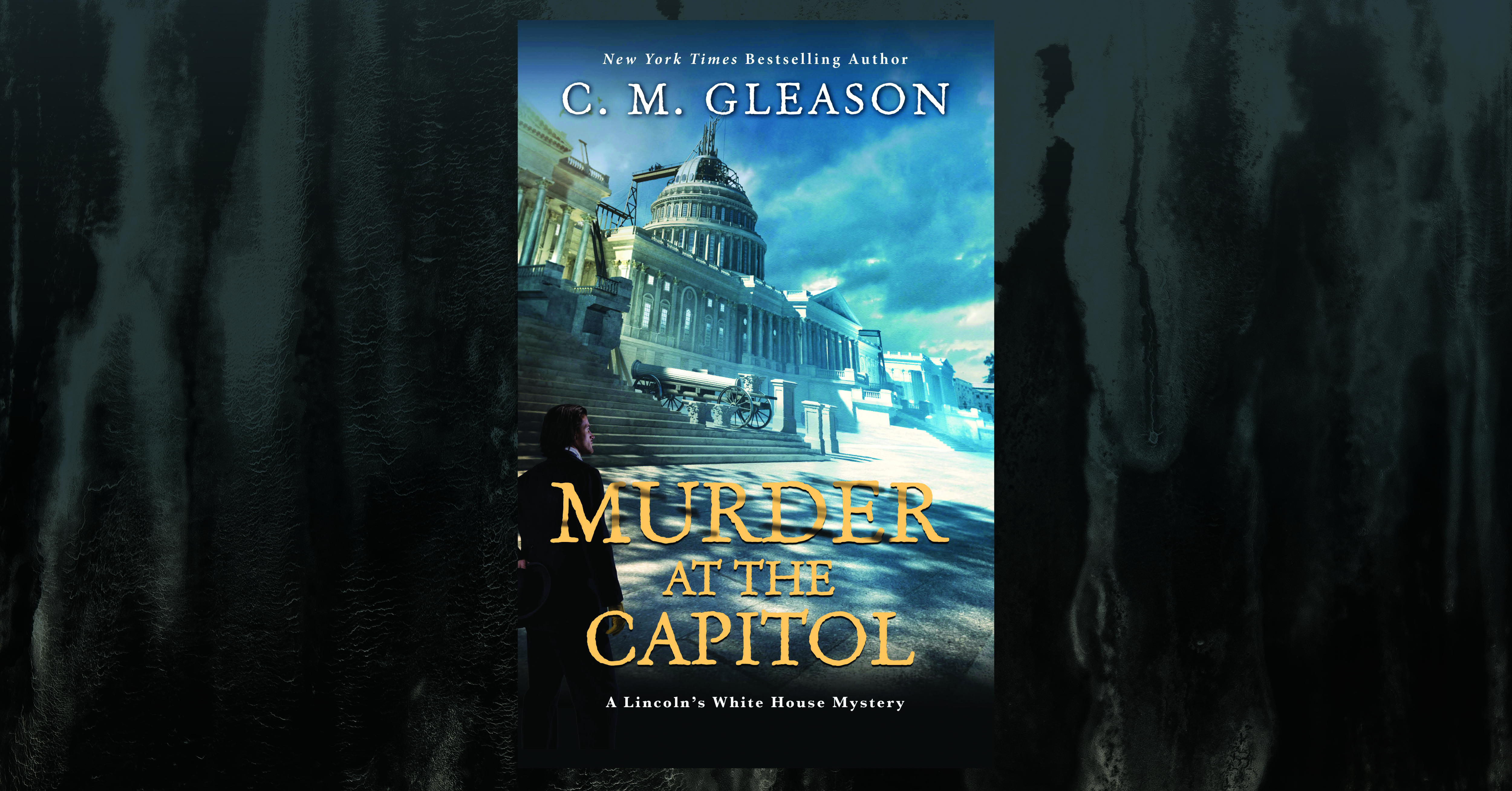 C.M. Gleason is returning with her third installment in the Lincoln’s White House Mysteries series, Murder at the Capitol. In addition to her book Colleen will be talking about “10 Things You Didn’t Know About Civil War Washington, D.C.”

In July 1861, just months after the Battle of Fort Sumter plunges the young nation into civil war, President Lincoln’s top priority is to unite the country, while Adam Quinn finds himself on the trail of a murderer . . .

On Independence Day, the citizens of Washington, DC, are celebrating as if there isn’t a war. But the city is teeming with green Union recruits while President Lincoln and his War Department are focused on military strategy to take Richmond in Secessionist Virginia in order to bring the conflict to a swift end. Manassas, Virginia, near Bull Run Creek, is in their sights.

The very next morning, as Congress convenes once more, a dead body is found hanging from the crane beneath the unfinished dome of the Capitol. Lincoln’s close confidant, Adam Speed Quinn, is called upon to determine whether the man had taken his own life, or if someone had helped him.

With the assistance of Dr. George Hilton and journalist Sophie Gates, Quinn investigates what turns out to be murder. But the former scout is about to be blindsided, for a Southern sympathizer in the city is running a female spy network reporting to the Confederacy, and she has an insidious plot to foil the Union Army’s march to Manassas by employing the charms of one Constance Lemagne to get as close to Adam as possible .

C. M. Gleason is the New York Times and USA Today bestselling author of the Stoker & Holmes series for teens, in addition to the Lincoln’s White House Mysteries. She lives in the Midwest and is hard at work on her next novel. Learn more at www.cmgleason.com.